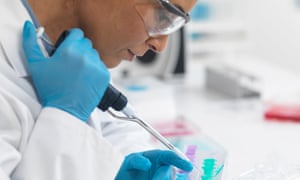 The Royal Society has recently published the results of an extensive survey of the attitudes of the general public to genetic modification. This sent my mind back to 1990, when the human fertilisation and embryology bill was going through parliament.

The emphasis, at least in the House of Lords, where the bill started, very soon switched from remedies for infertility to the new concept of eliminating some heritable diseases. IVF could be used to select embryos in the laboratory that did not carry the disease and implant one or two of those in the mother's uterus. At the time, it was also speculated that one day it might be possible to eliminate a faulty gene from a live embryo after a pregnancy had been established, rather than at the pre-implantation stage.

I remember being astonished by how little this had to do with infertility, which was, after all, in the title of the bill, and what the committee I chaired had been set up to consider.

It came about almost entirely because of the enthusiasm of a then newly appointed crossbencher, Lord Walton of Detchant, who was a neurologist especially concerned with the condition of Duchenne muscular dystrophy, a heritable disease for which there was no cure. The bill became law as much because of his persuasiveness in the matter of genetic modification as because of the help it would afford to those suffering from infertility.

But the procedures that John Walton foresaw took very much longer to come into practice than he had expected and we are now again considering the issues that arise from genetic modification in humans, though this time not only embryonic humans.

The Royal Society survey is an extremely careful investigation of the views of three panels of "ordinary" people, based in London, Norwich and Edinburgh, concerned, respectively, with genetic modification of humans, plants and animals other than human.

The survey was carried out over a considerable period and with a great deal of internal communication. It is not surprising, therefore, that people changed their minds, or modified their opinions, during the course of the inquiry. But one thing that emerges most clearly from the report is the common thirst for more knowledge. Again and again, participants complained that they were inhibited from expressing an opinion about new developments in the field by their ignorance of which therapies were currently being used and which were in the pipeline.

The motivating force behind the survey was the thought that the new possibilities of curing disease by genetic modification could be of benefit to large numbers of people, many of whom suffered from conditions hitherto untreatable. It is therefore essential that these new possibilities should be widely understood and that there should be no room for suspicion that research is being carried out behind closed doors or that there is help available to which no one has access.

Among the London group, those concerned with the application of the new techniques to humans, a surprising number held the view that the benefit of the techniques lay in the matter of equality: everyone, whatever their disease or disability, would have a chance to benefit from the new therapies. But this would depend on the cost of genetic treatment, which might well be prohibitive for a cash-strapped NHS. Nearly everyone agreed that the new techniques should not be used frivolously, that is, they should be used for the treatment of serious diseases, especially heritable diseases, not for aesthetic reasons, such as the production of "designer babies".

This moral imperative immediately introduces the idea that the use of genetic modification requires regulation and this is something that was acknowledged by almost all the participants in the survey, whether they were concerned with crops, animals or humans.

Many of those surveyed expressed the hope that such regulation should be global; however, that seems to me pure fantasy. Think of the difficulties in establishing global agreement on the management of pollution. In this case, we must simply try to regulate for ourselves and hope that, if we can get it right, others will follow.

There was one concern of the report with which I had little sympathy and that was the matter of consent. A number of people expressed anxiety that, if a child were genetically modified so that that child, and their children, would no longer suffer from an inherited disease, they would have had this done to them, as well as to future generations, without their consent.

Obviously that is true. And obviously in many cases it is desirable that consent be assured before action is taken that involves someone else. But if you are being rescued from an intolerable situation, surely your consent can be taken for granted. If, in order to prevent my being burned to death in a house fire you fling me over your shoulder and run -- you don't need to stop to ask my consent. So, if you can act so as to spare a child, and future generations of children, the sufferings of disability, surely you do not need their consent to take the necessary actions. Sometimes, I feel that people engaged in these discussions underestimate the awfulness of having a profoundly disabled child.

But this argument, though I have frequently encountered it, often put forward with passion, seems to me very weak. To say of someone that his life would be better if he were not disabled is not the same as to say that it would be better if he did not exist. But, on the whole, there was little of this in the findings of the survey. It has been a useful and enlightening exercise.

Mary Warnock is a moral philosopher and life peer